The annual Cyprus car rally is just around the corner – happening next weekend (17th and 18th May 2008) . This rally is not part of WRC (world rally championships), but part of the Middle East Rally Championship 2008. Cyprus was removed from the WRC calendar in 2007. It was supposed to be back on WRC from 2008, but according to the organisers, this year’s rally is also not part of WRC. I am not a reagular rally follower and do not know any of the big names in rallying. So, for me, as long as there are fast cars, lot of dust and action, it is worth a visit for excellent photo opportunities.
We had been to one of the stages in 2006 and spent a lot of time taking photos of the action. We went pretty early to the place (you have to if you need to find a nice spot). We walked along the road for a small distance until ee got a nice spot next to a sharp curve.

There were many people who had considered the same spot as a good location and it was pretty crowded. But, most of them were high up on the slope behind the bushes. We were surprised as to why these people come to such a good spot, but then climb up the slope to move away from the place of action. We understood why as soon as the first car sped by. The wind was blowing towards us and the few million tons of dirt and rock released by the spinning wheels of the car came straight in our direction. It was too late. We were consumed by the dust and ended up well camouflaged on the dirt road! 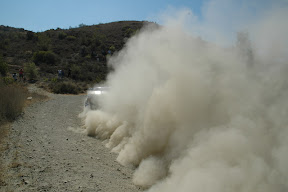 But, the spot was too good to let go of. So, we adopted a new procedure. We would click photos right until the moment the cars passed us, then put the camera inside out t-shirts, turn to the opposite direction, bend down and pray to god that nothing big falls on us!
I then moved a little ahead, to the side of the road to get some closer shots. Some people were so close to the cars that a small mistake by the drivers could have proven fatal. 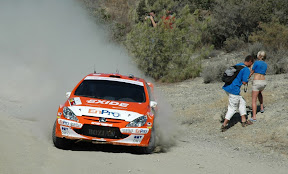 Well, i too decided to join those people as i concluded that the experience was worth the risk. But i doubt that i will do that again, as there were many close calls. 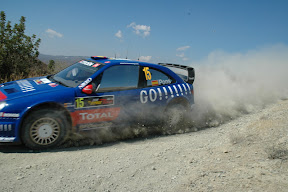 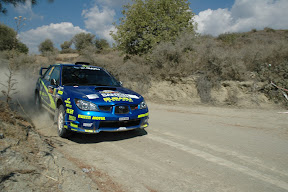 After i was satisfied with the amount of dirt i had consumed, i crossed over and found that, because of the wind direction, not even a speck of dust was falling on that side of the road. Here was an opportunity to try some artistic shots! 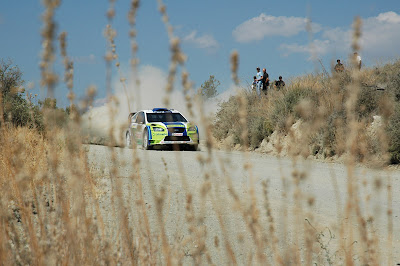 I used the burst mode on my nikon D70 to capture a sequence of a car passing by.

In 2006, for the first time, a special stage was introduced in the Cyprus rally. This was called the Downtown special and was to be held in the narrows streets of Limassol downtown area. While the usual visitor tickets for any stage cost around 2 pounds, tickets for this stage cost around 18 CYP and were sold out within a few days of being announced. Special stages were put along the roads where seating options were provided. There were separate tickets for the seating and the non-seating options.
I didn’t have any tickets, but i went to the downtown area nevertheless in the hope that i would get to see some action. To my surprise, there was no one to check any tickets. The whole area was open to anyone and one could go to any curve/street to watch the race. This was because, the race was actually changed to an exhibition race as many drivers complained of the high risk involved in racing through the very narrow streets. So, at the last minute, the organisers announced (only to the participants) that this was just an exhibition stage and the points didn;t count towards the overall cyprus rally. 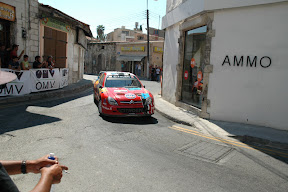 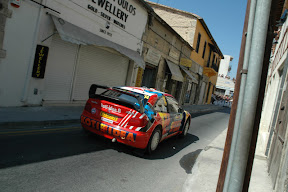 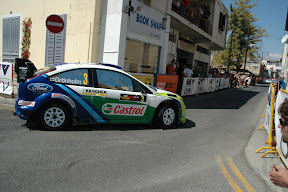 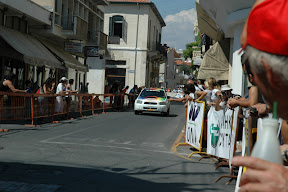 Though it was an exhibition race, the drivers were turning on the heat by taking the curves as fast as they could and in some places, it was really too close for comfort. If you see the sequence below, the car skids a lot to the left, almost touching the barricades.

But, one Citroen driver tried too much and ended up banging his car on the side of the road. He turned out the star attraction of the evening, as soon as he started crying! 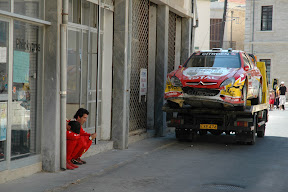 If you are looking for details on this year’s rally, go check out the official cyprus rally website here.